Skip to content
VENITE A SCOPRIRE 250.000 MQ IN TOTALE SICUREZZA!

The lion is a carnivore of the Felidae family. It reaches 250 kg of body mass and, after the tiger, is the largest extant felid. It lives in savannas and tropical and subtropical grasslands, but can also adapt to woods and forests. There are two subspecies: the african lion (Panthera leo leo) and the asiatic lion (Panthera leo persica). Outside of sub-Saharan Africa, there is only a single living lion population in the Gir Forest National Park in India.
The most recent estimates assess the number of living lions at approximately 40,000 units, but the populations are in decline (it is believed that the current estimate has lessened by about 30% over the last 20 years). On the basis of this negative trend, the IUCN considers the lion a vulnerable species.
The lion can live in very disparate environments, from sea level to over 4,000 meters altitude in the Kilimanjaro mountains; it is absent in the tropical forests and in the innermost portions of the Sahara desert. Although the medium-large size herbivores (antelopes, zebras, wildebeest) constitute the lion’s main prey, this felid is able to eat everything, from rodents to elephants, and even to steal the carcasses of animals killed by other carnivores. When water is available, the lion regularly goes to drink from ponds or rivers. In conditions of extreme aridity it is is able to get the daily water supply directly from its prey or by several plants.
The lions are the most social felids, they form numerous groups composed by related females, who stay with their pups. The males instead form groups of 2 or 3 individuals, which compete to conquer female groups led by other males. 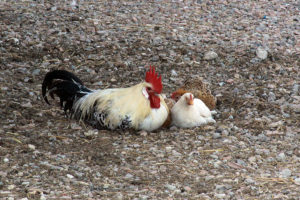